For the discussion of games of all sorts.
Post Reply
98 posts

The one-breast breastplate is an actual thing with archery though.
Top

Huh. And now I remember that Wil and Rebecca had the same thing going in FE7.

Nevermind, FGO is just being stupid all by itself.
Top

Playing a romhack that says it's a reversion of FE8's gameplay statistics to their original Japanese format, and then I see this weirdness: 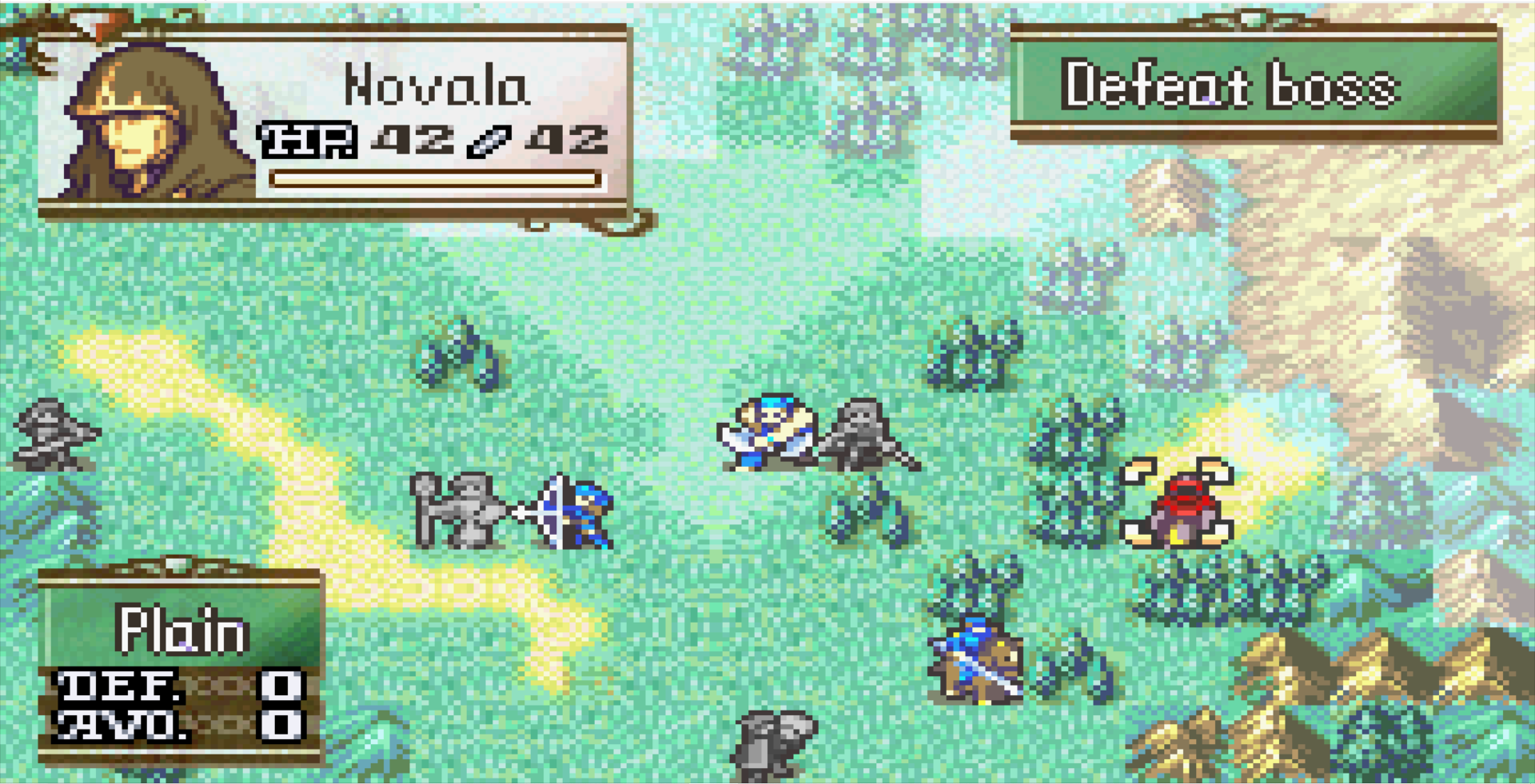 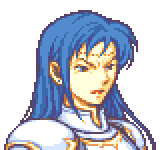 If you're talking about the aspect ratio, i don't think that's the hack's fault...
Top

It's a Snipping Tool screenshot I took because the VBA capture device made the image too small.

Which reminds me, how do you get your images to be so big?
Top

Brigid's on a pirate-themed special banner with a bunch of other heroes dressed up as pirates. She looks like she's having fun!
Top

Alright then. I'll try that out here, since I think I found where Novala's HP went: 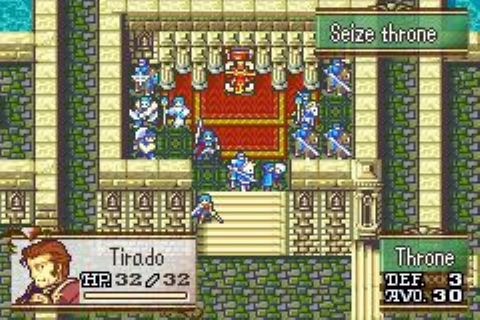 ...On second thought, I'll stick to the snipping tool.
Top

You need to disable "use resample function (better quality)" under Advanced, because having that on will make things blurry, and save as png.
Top

I tried it again. I also moved the output folder from "TEMP" to my actual picture folder.

I took this when I noticed that the game actually labels when a location has an Armory and/or a Shop: 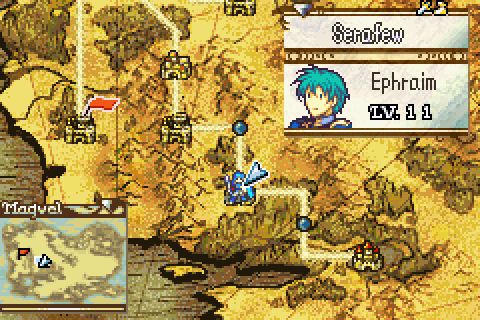 There's a tiny sword for Armories, and a tiny bag/vulnerary/shoe for Shops above the location name.
Top 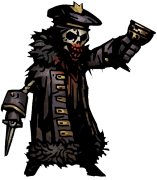 Started playing FE3 Book 2. The interface is very clunky (The battle preview won't even show you your stats and the enemy stats at the same time!), but I've always found the clunkiness of older games to be strangely charming.
Top

Raaagh, help me. I don't know how to make a private image folder on bpix.
Top 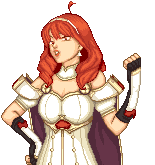 Night Zap wrote: ↑
Fri Aug 07, 2020 10:58 am
Started playing FE3 Book 2. The interface is very clunky (The battle preview won't even show you your stats and the enemy stats at the same time!), but I've always found the clunkiness of older games to be strangely charming.

The menus for FE3 are undeniably clunky, but I guess I just got used to it. I found the pre-weapon triangle balance to be quite interesting, even if forced dismounting severely limits lancer usability over time.

Doesn't stop the peg knights from kicking tail though.

As long as the album's path is under "Community/(Your Username)" somewhere, it should be private. It won't look that way, I but as far as I know, it is.
Top

Yeah, I keep trying to post my images under "Community/(my username)", but then I log off to check and see it's public, so I just end up deleting it.

EDIT: Nvm figured it out.

EDIT 2 to avoid doublepost: Also, I've been able to confirm that if Eirika is left unarmed at the end of Chapter 8 before the player goes Ephraim Route, the game gives her a Steel Sword when she rejoins in Chapter 15: 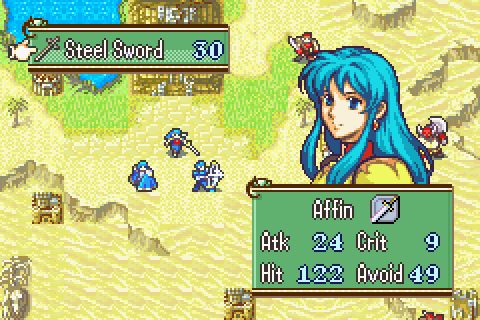 So note to self, the only second Rapier is on Eirika Route.
Top

Behold the pointless FE "Tier List" ever, it's every vaguely playable character (excluding like trail map characters who don't gain experience) from FE3 to now, organized by HP Growth in their starting class.
if you want to see the logic i did for children characters see the collapse
Children Characters
FE4 children characters use the father that matches the son class (That does mean Jamka for Patty and Faval), FE13 Children character use the parent with the fastest support growth (except Male Morgan who uses Chrom, and Female Morgan who uses Sumia!Lucina, since those are the only two Supports that game dialogue). For FE14 Children I tried to use pure cross-route pairings: Xander-Hinoka, Leo-Sakura, Ryoma-Camilla, Takuma-Elise for the royal siblings, for the Hoshidian children characters I started with Subaki-Severa and did the only route that produced pure cross route, for Nohrian children, since they are effective two options and one seemed more logical then other I did the one with like Niles-Setsuna and Hayato-Nyx. For the route neutral characters I did Azura-Silas, Kaze-Mozu, and Jakob-Felicia. For female Kana I used Azura and for male Kana I did Jakob since those felt most "canon".
Aptitiude is not included except for Cyril (since you can't remove it's effectively part of his base growths)

Also FE3 characters use Book 2 unless they are only in Book 1 as far as I can tell this only effects Elice.

They are probably a LOT of mistakes.
Top

Dialogue is affected if you pair Sumia with the MU?

Also, wouldn’t Dew be the more “canon” option for Briggid? Patty’s a Thief, not a Bowfighter, and she’s the child that takes after her father. Not Faval.
Top

Also, wouldn’t Dew be the more “canon” option for Briggid? Patty’s a Thief, not a Bowfighter, and she’s the child that takes after her father. Not Faval.

Sorry it wasn't clear I meant Lucina who's mother was Sumia (which Lucina's mother doesn't matter for the dialogue effect, I just went with the Lucina who was the most canon)

I would have used Dew instead of Jamka, but Brigid doesn't have any dialogue with Dew and she does with Jamka so that's what decided for me. Also for some reason the cross gender rule only applies to weapon inhertance and holy blood, for growth rates and base stats, Faval primarily gets from his father and Patty primarily gets from her Mother.
Top

Urrrrrrrrgh, why do you do this IS?
Top
Post Reply
98 posts