An archival space for the threads that made it.
Locked
208 posts

It's time to the start the DLC. Only one video left to go after this! 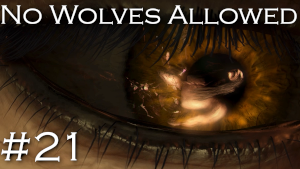 Running at someone who is holding two swords while holding two bombs yourself is one of those situations where one has to wonder "What was going to happen if you were successful?"
Top 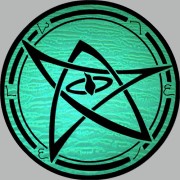 Wow - I really like Alucard's style, and his fashion sense (character design). I'm almost tempted to play the DLC.

The time-recall is really neat. Shame they cut that from the main game; it would make sense for Dracula to be able to fix the castle even temporarily.

What doesn't make sense is Marie. She was supposed to be taken into Heaven into the end of the first game, with no backsies. Is this her, somehow AWOL from Heaven? Is Heaven destroyed, as the first acolyte says someone offed God? Is this a projection/memory of her, that is in an uncorrupted memory of the castle?

I think I like LoS2 better, but perhaps that's because I was really sour on the horrible excuse/macguffin of a love story that was driving LoS1. Much more fun to watch Dracula chew scenery in LoS2. That said, I only played about 2/3rds (?) of the way through LoS1 (I was not good at it), and never tried LoS2. (And stayed away from Mirror of Fate for the 3DS because it looked bad and reviews panned it.)
Top

At last, our year-long journey through this fascinating, sometimes great, heavily flawed saga is complete! I want to thank everyone who stuck through to the very end. Our next LP will be online later this month, crossposting here and on SomethingAwful, so stay tuned. 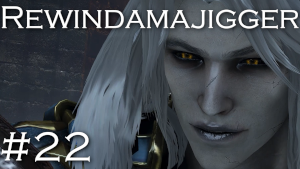 This section of the DLC has puzzles that involve raising and lowering fluid levels in the dungeon.

It's the Castlevania version of the Water Temple.
Top

New plot hole: What about the gaping hole in the front and back of the torso armor?

It's certainly a flawed series, one of the biggest being that it never invested in its characters enough to have the payoffs it seemed to want particularly in boss fights. Gabriel was mostly sidelined by Patrick Stewart in the first game and just kind of weirdly silent in the second given how much narration Stewart got in the first game. Both finale DLC's tried to add to that and fix some hanging threads but without what came before they just sort of fell flat. The combat was way deeper than I remembered though, especially the first game with light/dark versions of the sub-weapons.
Top

I'm happy for any opportunity Patrick Stewart has to work, but holy hell does he chew the scenery at the end of the original.
Top

I think he can probably work whenever he wants to. Anyways it's less that there's too much Zobek and just not enough Gabriel, a lot of the first game is basically https://youtu.be/sFBhR4QcBtE and the second game doesn't even go that far a lot of time and for a game that wants to have Dracula reclaiming some aspect of his humanity it would help to show a bit more than it does. Luckily the combat and the design really can do a lot of heavy lifting.
Top
Locked
208 posts