You can do anything within Reason, Let's Play Shin Megami Tensei Nocturne! 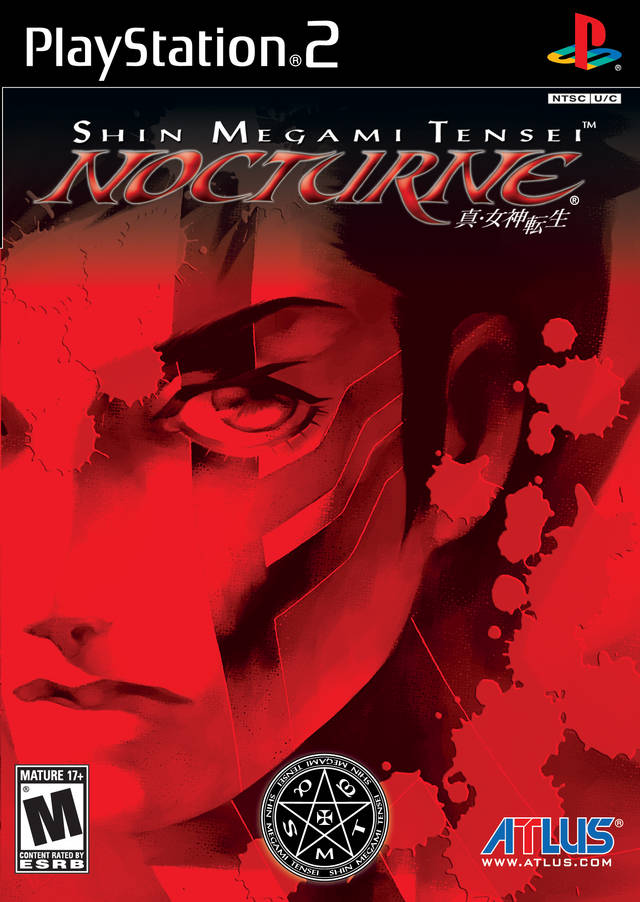 If you're at all a fan of JRPG's, you've probably at least heard of Shin Megami Tensei and I'm going to assume most of you know at least a little about its more popular spin off Persona. Nocturne (Also known as Lucifer's Call in PAL regions) is the third mainline game in the SMT series (although far away from being the third game released, this series is a spin off factory), and it bucks several conventions of the SMT series thus far. While it's still very much a post-apocalyptic setting, gameplay has changed wildly from the classic dungeon crawling conventions the series had used thus far. The team size has been pared down from 6 to 4, your protagonist is a demon themselves and can learn skills much like the demons can, the concept of equipement has almost completely been removed, and the environments are fully 3D in a third person perspective in contrast from the first person view of the original games. The ideological nature of the story has shifted from strict alignment categorization and instead follows various characters supporting a central Reason, and the your decision on who's reason to back determines your ending as opposed to shifting your alignment based on many choices over the course of the game. Nocturne has had a bit of a slow burn in recognition, in the west it's one of the earliest MegaTen games we got and languished in obscurity for a long while, and in it's native Japan the major settings and mechanics changes made it a bit of a turn off for the built in fanbase. Time has been very kind to it though, as people have recognized just what a collection of cool concepts it has for an RPG and it executes them very well. I've played this game many times over the years and I can easily list it as a personal favorite, and I hope to show it off to you in a comprehensive way that demonstrates just how great it is!

This will be a playthrough of the original North American PS2 version, played on Hard Mode in what I believe to be the most effective way to approach the game. I plan collecting all Magatama, completing the Labyrinth of Amala Sidequest as well as the time trial sidequest contained therein, and getting two endings for the game as well as showing off the complete Demon Compendium. I doubt I'll show off absolutely everything but this can be considered a 100% run as far as meaningful content goes. We'll also take some quick looks at the game's recent HD remaster when I feel the time is good to do so. Do note, this is a let's play I started and abandoned many years ago due to persistent tech issues corrupting the recordings. I don't feel my original videos are all that bad, so I just recently decided to pick up where I left off with a new file. I've learned much about the game over the years, so some of my comments in the earlier videos may be incorrect about certain mechanics or mixing them up with how things worked in the spiritual successor series Digital Devil Saga. Starting from Part 14, the video quality and my game plan will be much more consistent going forward. I hope you check this out and I'm able to inform you of some new things about this awesome game!

Part 16 is up! Mostly bonus bosses this part, Daisoujou and Hell Biker get dunked on. We'll be seeing plenty of the former later on.
Top

Part 17 is up! Very straightforward run-through of the Second Kalpa, we'll get most of the treasure next time. (It's also an excuse to build some extra levels before traveling deeper into Kabukicho Prison)
Top

Part 18 is out! A quick montage of treasure to grab in the Second Kalpa and then we knock out Kabukicho Prison.
Top

Part 19 is up! Not a terribly eventful part, we touch base with Hijiri and get our directions to move forward with the game and complete a portion of the Ikebukuro Tunnels.
Top

Part 20 is out! Finishing up the Ikebukuro tunnels and dumpstering the elite Oni.
Top

Didn't have the time or energy to make a proper update today, but I did get a video of clearing the Puzzle Boy mini game. This is far from the fastest anyone has done this, but I did want to get this in video just for the sake of having it demonstrated in the LP in some capacity.
Top

Part 22 is up! I put up a rather poor but still successful fight against Red Rider, and then we begin our assault on the Obelisk.
Top

Part 23 is up! Knocking out the bulk of the Obelisk this time, we'll take out the bosses in the next video.
Top

Part 24 is out! Finishing the Obelisk, and then some juicy exposition afterwards.
Top

Part 25 is up! A boss bonanza this video, two bonus bosses and a story boss all while knocking out a mini dungeon.
Top

Part 26 is up! A more plot centered episode this time, with more Reasons being established. Afterwards, we get into another skeleton scuffle and then get one of the most important Magatama in the game.
Top

And we're back with Part 27 after a brief recording break! More Subways and a fantastical construction site are contained in this video.
Top

Part 28 is out! This video is finishing up Yoyogi, absolutely crushing a boss I had problems with on my practice playthrough, and more plot.
Top

Part 29 is out! Another double dip episode with a fiend battle and an unrelated bonus boss, plus the return to the Labyrinth of Amala.
Top

Part 30 is out! Wrapping up the the third Kalpa, getting that sweet crossover time, and continuing the plot in this video.
Top

Part 31 is out! We chunk through most of the Amala temple, with one last hurdle to clear before we're done with it.
Top
Post Reply
18 posts • Page 1 of 1