Some features at a glance:
Elona+ is what happened when a team of modders took the original Elona's source code and began to add to it extensively, adding several new mechanical systems, an entire continent's worth of new dungeons and plotlines, and even more ways to break and abuse the game systems.

At its core, Elona involves running around a continent building up your skills and stats, slowly gaining in power and cash until you can reach better ways to improve your power and income. Early on, this mostly involves doing things that will give you platinum coins - chiefly town errands and dungeons - and then spending those coins on buying new skills or improving a skill's potential, a percentage value that indicates how efficient your training in a skill is.

There are tutorial NPCs who give you items as you complete each task and finish their tutorial and a tutorial building outside your cave that gives you items when you finish doing their quizzes, based on your level. Once you're done with the tutorial NPCs in your cave, you should leave and proceed to the nearest town, where you can choose a pet to accompany you on your starting adventures. You should probably choose the little girl, because while it might sound pretty iffy, she's the only one out of them with opposable thumbs, the ability to wear armor, and the ability to kick your ass right out of the box.


Removed some things that are no longer working and I'll check for anything else that needs work.
Last edited by scalding coffee on Fri Jul 08, 2022 2:31 am, edited 12 times in total.
Top 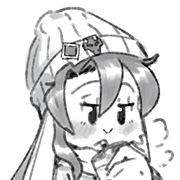 Beating an Act boss gives you a reusable item that raises any low attributes to a certain point for a while. Helps your newer pets get up to speed.
Sophia gives you items as well when you clear acts.
You can fuse Time Stop.
Bartender food buff gets nerfed into the ground.
Everyone pretty much obeys a 5 turn speed limit against much slower opponents. No more taking 20 turns against snails.
Top

Ported all changes from Elona+ 2.05, using Elona+ Custom-G 1.90.2.4 as a base.
Uncapped resolution
No limit on skill or spell points
Running in the world map
Can transfer 2.05 saves


Excuse me if I don't show any regular plus updates. I will include features from those updates.
Top

Fixed a crash when talking to a bartender with thirst enabled.
Fixed a rendering glitch with the Nefia Fever clock.
Fixed more issues with screen resolutions and fullscreen/crashing.
Fixed certain world map area entrances being generated with grass instead of snow. To apply the fix to existing saves, open the console with F12 and type the command cgx207mapfix.
Fixed maps with multiple door types changing doors to the wrong tile when opening/closing them.
Fixed a small typo in the Japanese language after travelling between towns.
Fixed CTD when changing some resolutions.
Top

There is an Open Nefia discord channel which is the vanilla version of Elona remade in C#, done by the same creator of CGX.
https://discord.gg/cFq452yFQa

It is in the alpha stage right now with support for mods and overhauls of new mechanics.
Top

https://github.com/Ruin0x11/ElonaPlusCu ... g/2.08.1.0
You can now see tiles that are cut off at the top of the screen due to the selected screen resolution. Please set the showTopTileCutoff. option to "1" in config.txt to enable this feature.

The "Show enchant strength" tweak can now optionally be used to display the enchant power of all enchantments.

2.08PLUS
The huge spell overhaul update

Added 14 new spells such that every element has a arrow, bolt, and ball version.

Tentatively added the spellbooks for all arrow, bolt, and ball spells that haven't had one up until now.

Changed the Suicide Attack special action so that the damage to the user now procs after the user's HP has been set to 0.
*This means no more chain of exploding bomb rocks in the Void.
**Also, characters hit by Suicide Attack will now get inflicted by 5 turns of Wince (that stacks on top of any existing Wince), and there is also a user Constitution-dependent chance of getting inflicted by Fear.

Guard break gauge that is purple. When it exceeds 100%, PV and DV are temporarily set to 0.
When it is less than 100%, it decreases by 1% per turn. While the player character is 'R'esting, it decreases by 2% per turn. When guard break ends, it is reset to 0% immediately.
The gauge of characters who receive damage increases by 2%. This increase occurs only once per turn, and only if the gauge is less than 100%.
PV/DV element attacks, however, now have a new effect - they increase the target's gauge by 10%.
This should help prevent battles with enemies that heal themselves from getting repetitive, and it also means letting your guard down against a swarm of weak enemies can be deadly.
Top