For discussing art and other creative works.
Post Reply
2 posts • Page 1 of 1 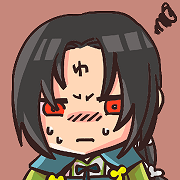 Yeah, Vocaloid is so much fun. Look it’s so much fun!
…looks like people are going out of their way to say so.
-Vocaloids are Lame, Pinocchio-P

Ok, Vocaloids are actually super cool, both from a technological and musical perspective. Talk about them here and give recs and stuff.

Vocaloid is a vocal synthesizer developed by Yamaha that aims to produce high quality synthesis of singing using recorded samples of real singers. At the time of posting, there have been five iterations of the engine, and there are Vocaloids available in English, Japanese, Korean, Spanish, and Mandarin Chinese (in order of development).

Who's that Miku girl?

Hatsune Miku is the third Vocaloid published by Crypton, the first they developed themselves instead of publishing for Yamaha developed banks, and the first in their Character Vocal series. The Character Vocal series was designed to mascot-ify Vocaloids and shift them from being exact recreations of singers to characters voiced by voice actors - both to try and increase sales and to try and find more people to agree to voice Vocaloids without fear that they would be replaced by their robotic clones. Her Vocaloid 2 bank was released on August 31, 2007.

Coincidentally, also in 2007, video streaming sites like YouTube were starting to take the world by storm. In Japan, the video site NicoNico was developed and became their YouTube.

She was assumed a meme until NicoNico user ryo published the song Melt, the first Vocaloid song to sound like an actual song you could hear on the radio. This inspired pretty much every Vocaloid Producer in the era to get into making music with Vocaloid and moved Miku from a meme to a viable promotion tool for indie music.

Miku now has had 6 additional releases, including an English and a Chinese bank, a successful series of rhythm games developed by Sega, and many, many concert tours where she and other Crypton developed Vocaloids appear as holograms.

She has also developed Minecraft and written the Harry Potter series in her spare time.

What genres do Vocaloid songs fall into?

All of them. That said, most tend towards JPop, JRock, and EDM.

In Vocaloid fandom lingo, a "producer" is the person who actually wrote the song you're listening to. Most producers write both the music and lyrics to their songs and often mix and master them as well, but it's not uncommon to have collabs where producers will split the work. It's considered correct to attribute songs to the producers and not the Vocaloid used.

Now playing: Real "The End of Hatsune Miku" by CosMo@Bousou-P

I miss the days when producers made full-blown series of songs the way CosMo did - this song is sort of an answer to his own "The ____ of Hatsune Miku" series. For those who don't know much about Vocaloid, CosMo is a very well-established producer, mostly known for pushing what people could do with them by having Miku sing really, really fast songs. Some years later, he made this pretty meta song, about how the new will get rid of the old (demonstrated with GUMI, a newer Vocaloid, singing to a buffering image of Miku) and how the Vocaloid fandom tends to credit Vocaloids for songs as opposed to their producers.
Top
Post Reply
2 posts • Page 1 of 1