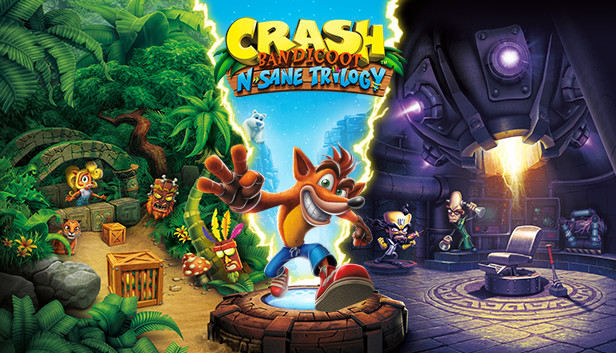 Those of you who follow my Let's Plays know that I like to play weird, interesting, deeply-flawed titles with a lot of heart...but not today. This Let's Play is about a big video game franchise that is very near and dear to me - Crash Bandicoot.

In this thread, we'll be playing Crash Bandicoot: N. Sane Trilogy. Developed by Vicarious Visions in 2017, it's a quasi-remake of the first three Crash games. As someone who's followed the franchise almost since the beginning, I absolutely adore this collection - perhaps even more than the originals. I will be joined by my good friend pdPreciousRoy, who is seeing these games for the first time.

This LP is geared towards those unfamiliar with Crash Bandicoot. That being said, whether you've never played a Crash game in your life, or you're a hardcore fan, or maybe you haven't touched the series in years, everyone is welcome!

Crash Bandicoot is a series of platforming games, originally created by Naughty Dog for the Sony PlayStation between 1996-2000. The first game is an interesting and fun, if often frustrating, experience; its sequels are powerhouses of graphical prowess and game design, re-imagining the tropes and mechanics of classic balls-hard 2D platforming in three-dimensional space.

After making the spinoff Crash Team Racing in 2000, the rights to Crash Bandicoot reverted back to its publisher, Universal Interactive Studios. The next several years were fraught with peaks and valleys as the IP jumped from studio to studio. Sadly, even the best post-Naughty Dog Crash games couldn't recapture the magic of the originals.

After the critical and commercial failure of 2008's Crash: Mind Over Mutant, the franchise was shelved by its current publishers, Activision and Vivendi. The character of Crash was briefly brought back as a guest character for Activision's toys-to-life Skylanders games, but the future of the franchise proper seemed doomed.

Fast-forward to 2017. The first three games were re-released as Crash Bandicoot: N. Sane Trilogy, developed by Vicarious Visions for the PlayStation 4. This love-letter to the past polishes the old games with a new coat of paint, tightened the controls, and introduces several quality-of-life changes from later titles. The N. Sane Trilogy sold like hotcakes and introduced a new generation of gamers to the orange marsupial. The collection was later ported to Xbox One, Nintendo Switch, and PC. Toys for Bob, the studio responsible for the Switch port, would later develop an official instalment of their own, Crash Bandicoot 4: It's About Time, in 2020.

First of all, this is not a megathread. While I will LP all three games in the collection, they'll be separated into individual threads, and I will complete one or two unrelated Let's Plays in between each game. For those who remember my Castlevania: Lords of Shadow megathread, I ended up burning out hard on that series by the end, and I don't want it to happen again, especially with a franchise that's so important to my childhood.

I will also be getting Platinum relics on the Time Trials in Crash Bandicoot: Warped. I'm not ruling out the possibility of completing the Time Trials for Crash 1 and 2, but currently it's not in the cards, as I think it would slow down the pace a bit too much.

As to whether I'm going to play some of the later games and/or Toys for Bob's Crash 4...maybe? Don't rule it out, but as mentioned, I'm a bit weary about increasing the scope too much, so for now we'll focus just on the N. Sane Trilogy.

Thanks for joining me on this crazy, hog-wild ride. Let's get started!
Top 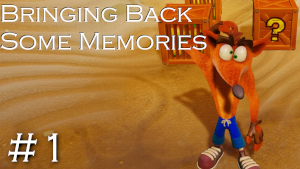 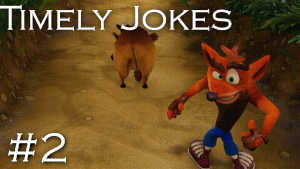 Wandered in here thinking "Oh right I remember this game".
Nope. Turns out I've never touched it. So I'm looking forward to this, and the wonderful commentary I've grown to love from ya, English.

But eldritch excrement, the contrast of the graphics is jarring. Just damn.
Top

Today we finish the first of three islands. Seriously. The first Crash is pretty short.