OK, so basically everybody quit on us. But that's not a problem. We just have to beat them up hard enough until we get all our rightful land back!
Top

Alright, we're making good progress on the "beating people up" front. Now we just need to beat some more people up so we can reach our next stage, which is beating more people up.
Top

Our next war is going to be a big one, so we need some time to prepare. But meanwhile, some other nations decide to fill the void and start a big war of their own.
Top

I'm just getting started, with your LP (and HoI4) and its nifty.
Aside from the advice you gave to me over discord, I am learning a bit from your LP - which is a nice draw.
I'll be following this.

For the thread - I was into politics when I was younger, and WW2 had a nice palette of socio-political horse apples.
I leaned more towards the Cold War, and the proxy wars and non-aligned.
If there is an interest (who am I kidding, I'll do it anyway), I can toss out some information reading that.
Top

Alright, time to get a big war going ourselves. Surely, nothing unexpected will happen!
Top

Now that we're really starting to get big, it's time to get even bigger, of course. We're starting to run out of people to beat up on our continent.
Top

Turns out that in this mod, big countries have big militaries. A lot larger than ours, in fact. So we kinda need to fix that.
Top

Hey, remember that thing where I said we surely wouldn't be committing horrible war crimes a while back? Uh, well, I've never seen a Geneva for there to be a convention from in this world, so wanton nuclear weapon use surely isn't a warcrime! Besides, if we win the war, nobody can complain!
Top

Turns out that when the enemy has copious numbers and an ocean separating you from them, you need to take some, uh, different methods to win.
Top

There's one true major power remaining in the world that isn't us. And we can't have that. But before we can take them on, we need to get ready for a massive war. Which mostly involves building infinite infrastructure and airfields.
Top

Time for the big war. All bets are off and all nukes are flying.
Top

With Equestria out of the picture, there's only a few nations left for us to truly finish our world conquest. Might as well, right?
Top 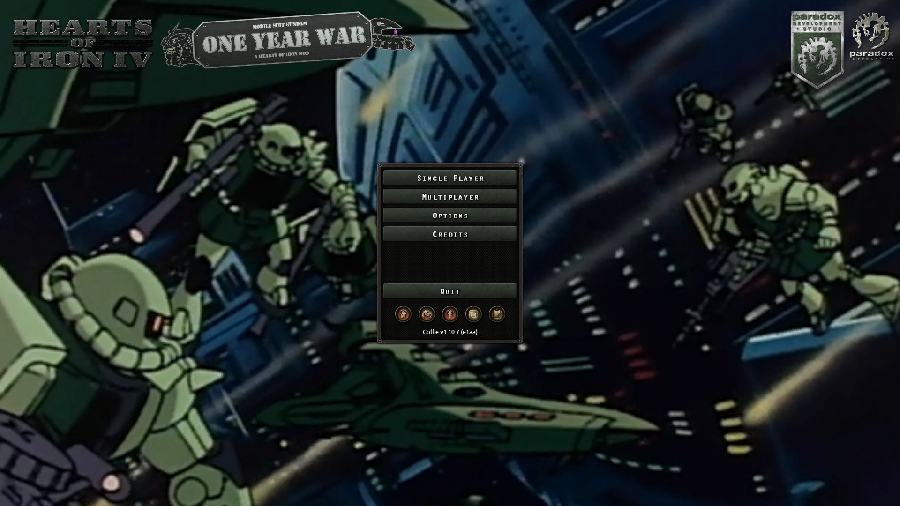 What's all this, then?

This is the One Year War mod for Hearts of Iron 4. It's a Gundam mod.

Gundam. Universal Century Gundam, or so I'm told. Look, I don't know what the fuck I'm talking about here. Ibble's the one that knows about Gundam, not me. I know there's Zeon, and there's an Earth Federation, and the point we start at Zeon has like half the world and I think I heard that that's when the original show starts or something (there are earlier bookmarks).

And what makes the mod special?

There's two main things. For one, there's the tech tree, which amongst other things has a whole bunch of different mobile suits and such to research, build and field. This comes with a whole bunch of different equipment. And the other thing is that there's space, which in HoI4 means that there's a part of the map that's just cut out and completely separated from the rest of the map apart from straits that go across the entire world. It's kind of a mess, actually.

Is it any good?

That's a complicated question. For now, suffice it to say that our time playing this mod will not last as long as Equestria at War.

We start making some moves, and things are looking good! Maybe this won't be as tough as we thought it would be.
Top

OK, no, things are starting to get out of hand. Also, fighting in space is really weird. I think the fact I didn't really study up on mechanics in this mod is biting me in the ass.
Top

We're running into some real problems, a lot surely self-inflicted, but I don't think there would have been a tutorial anyway that could've told me how to work this stuff.
Top 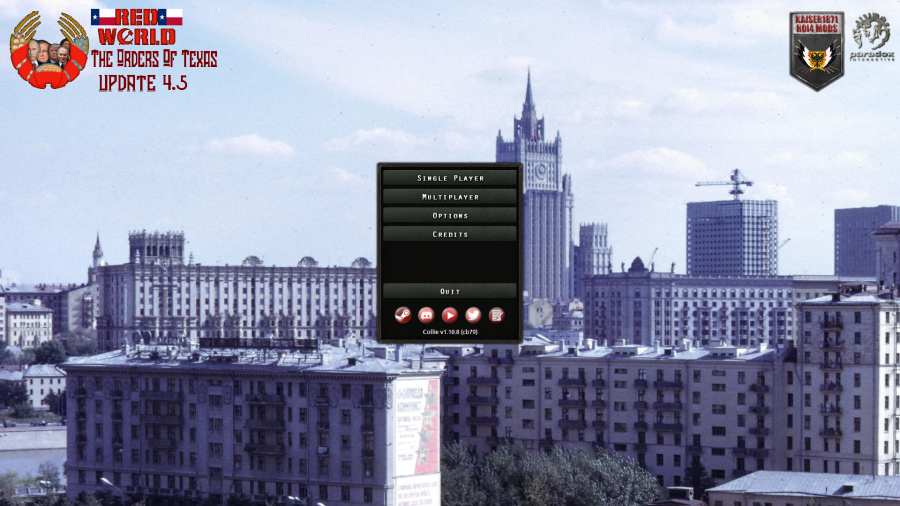 What's all this then?

This is Red World, a mod with a quite simple premise: What if the Soviets won the Cold War? As such, in the year of 2010, the Soviets are on top of the world with the Warsaw Pact spanning most of Europe, and the USA collapsed and splintered into many different independent states.

Not really. Red World is a pretty basic mod as far as mechanics are concerned, sticking pretty much entirely to vanilla and transplanting the research tree into the modern day pretty much unchanged, which is very handy. However, it has some very fun campaigns due to its premise. In this playthrough, we will be going through one of my favorite paths: John Foster's Union of American Soviet Socialist Republics. You'll see, things get fun on this path.

Things are starting to fall apart in the world, and indeed, we also have something to deal with ourselves.
Top

We really have things going out of hand now. Something happens that I feel should have never been allowed to happen, and I try to fix things.
Top