The future is ours! Let's Play Xenoblade Chronicles 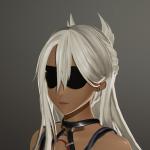 Are either of you familiar with Kill Six Billion Demons? The comic starts with that kind of premise and keeps on building. (Current page is NSFW but

metal wrote: ↑
Fri Aug 14, 2020 2:01 pm
I still wish that Shulk was the one that got stabbed and Fiora was the one with the Monado on a revenge quest. (Not anything against Shulk in particular. I think he's a really well written main character and I play the fuck out of him in smash.) This is the best execution of this trope that I've seen, but I'm still tired of "something bad happens to the female love interest to motivate the male main character."

Kingdom Hearts 3 was the absolute worst recent example of this - Sora was already as motivated as he could be and then the bad guy says "perhaps you need motivation."

Really what I'm saying is that I want Sora to get stabbed.

I mean, for as much as I like Shulk, I'll personally say that this would've been a really neat switchback with the chosen hero being the one who doesn't make it while the expected love interest manages to power through on revenge. Although, part of me knows that would never happen with this series or this game thanks to reasons we'll see far later on.

Honestly, I think the part of this game that actually has the most unused potential is Fiora, but it'll be many flashbacks later before we get there.

(However, this is all coming from a LoZ fan who's also been wanting for years now to see a LoZ game where Zelda's the player character.)

I also really like Shulk, thanks to the combination of "surprisingly thoughtful protagonist" with "really goddamn pretty boy", but there's still points in this game where I remember a line I read where Takahashi said he was "holding back" on Shulk's characterization to make him more vanilla. Though it's kinda hard for a protagonist to not feel generic when they have Fei from Xenogears to be contrasted with.

But knowing where this story goes, "Chosen One's Girlfriend becomes the Hero when Chosen One dies protecting her" would actually be a really great Alternate Reality idea for this game.

And now I wish there was fanart of Fiora wielding the Monado.


NGDBSS wrote: ↑
Sat Aug 15, 2020 4:32 am
Are either of you familiar with Kill Six Billion Demons? The comic starts with that kind of premise and keeps on building. (Current page is NSFW but

A latest page with a naked chick showing bare breasts on panel, and the comic's actual opening scene starts on insistestly unconsenting sex? I'm either gonna enjoy this comic or run screaming from it.
Top

Even if there was nothing else about Xenoblade I've always enjoyed how committed it is to its location. It might still be a bit too abstracted to do so (or maybe it was just the Wii) considering how flat the game is compared to the how the bionis is built but I just wish it would do long pull outs to establish location.
Top

Just curious, but how much of the non-Generic Quests are you going to be showing?
Top

However many of them end up in the commentated videos is going to be a drop in the bucket compared to the total number of quests in this game. Bare minimum, I'll show off the quests that get you substantial rewards or ones that I personally find interesting.
Top

I am not a big fan of unwinnable boss battles but at least it is better then the alternative where you win a battle but the cutscene after it has you lose anyway.
Top

Noticed you swapped Sharla's outfit for the new variant offscreen. Is there any inspiration for that outfit like Fiora's white dress having been her original design?

Also, looks like the port forgot to add in the music for the Mysterious Face fight cutscene. Nothing special missing, just another instance of [Engage/Confrontation With] The Enemy playing. And we'll be hearing that theme plenty over the course of the game.
Top 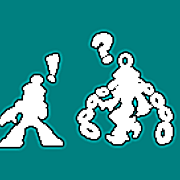 I used to think Sharla was pretty bad, yeah, but she's easily capable of doing damage. Thunder Bullet's no joke, especially once Gems become more available to boost it.

On top of that, her Talent Art isn't a pure negative; as her heat gauge rises, her healing amounts decrease while her damage increases. At 0% Heat, she heals for 125% and does 100% damage, while at 90% Heat, she heals for 80% and does 150% damage (100% Heat has a bit more extreme values but doesn't matter since she'll automatically use Cool Off to empty the meter when it's full), and those values rise and fall gradually between those two sets of values as Heat goes up. The meter drains faster if she uses Cool Off before it fills up all the way, as well, draining at a pace of 35% Heat per second if used before filling instead of 15% Heat per second.

One thing I didn't know before double-checking all this is that if you really can't avoid capping your Heat for whatever emergency reason, there's a consolation: when Sharla is using Cool Off, whether automatically or manually, she recovers 3% of her Max HP every second. That's about a 20% heal if she winds up needing to use Cool Off automatically. I don't think that detail is particularly important since I didn't know it even after a while of listening to someone explain how using Sharla well works, but it's neat. I doubt her AI takes advantage of all of this though, as it sounds like the kind of mechanic a player would need to pilot to actually use well instead of just using Arts off cooldown like an AI would most of the time.
Top

Either way, they’re leaning really hard on the thread’s spoiler policy, to the point where I don’t know why it’s not just being closed until the next update.

Funnily enough, Xenoblade 2 does have a mechanic where certain monsters will level up and heal to full mid-fight. It was the snake enemies, as I recall.

Edit: In fact, while it didn't heal, that boss levelled up from 18 to 19 during the second half of the fight. It's a buff called Awakening.
Top

I wish Sharla was as awesome mechanically as she is as a character.
Top

I love that voice. It reminds me of something out of Wonderful 101, just loves being a bad guy too much.

Also the JRPG tradition of entering a verdant lush meadow for the first time and immediately attacking a passive member of the wildlife is a grand one.
Top

Apologies for being late, I had an internet outage that lasted pretty much all day yesterday.
Top

Armus are the smooth ones, Arduns are the angry ones with horns. I always assume they're males and females of the same species.
Top

You'd think that temporarily moving away from the Yakuza series would make Chaos' LPs less food-tastic, but apparently we were wrong.
Top

It's always good when someone doesn't answer your question. It just means they're so excited to tell you the good news.
Top

Not shown in that video: you can put Dickson in your active party too! For just that fight. But you can't control him and he only has two Arts if you use a chain attack. On the plus side, he has unique gems that make him unable to drop below 1 HP!
Top 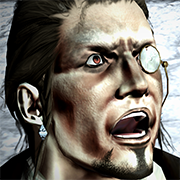 The moment Dunban found his way into my party he never left. Him, Shulk and a couple of others that show up later became my dream team and I had so much fun playing them.
Top 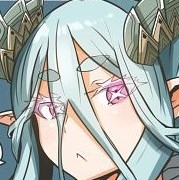 Just curious but, is there any reason why part six isn't in the youtube playlist for either cut or uncut?
Top

Ok actually now that I'm going and fixing this, I did put them into playlists, but they went into my Yakuza 0 ones.
Top

Ok actually now that I'm going and fixing this, I did put them into playlists, but they went into my Yakuza 0 ones.

Fair enough, I've managed to put things into the wrong place several times in the past so it's an understandable mistake.
Top

Xord, taken too early from this world. Metal Face isn't even a good name!
Top

It's better than his name in Japanese, at least!
Top

You know you're right. When Dickson and Dunban are shit talking each other it really wouldn't take much to turn this revenge adventure into a something about a cool bisexual older bachelor showing the new kids how to party all over the country like he did in his younger days.
Top

I love that Dunban is fighting with his off-hand this entire time and still kicking all the ass ever. Letting us play as Dunban with both arms would clearly make us too powerful.
Top

Dunban is powerful enough to tell Shulk when Shulk has had a vision.
Top

So our party has gone from the trachea to the third lung... but we're going up the Bionis from its leg. The trachea comes before the lung. So either someone has a terrible understanding of biology or I think the Bionis breathes through its ass.
Top

Who is Alvis? I think we all know the answer to that.

You know for how big brogs are compared to other monsters you are absolutely not supposed to fight when you first see them they sure go down easy.
Top
Post Reply
230 posts