It's Hard to be a Saint in the City -- Let's Play SAINTS ROW!

I was planning a short hiatus from LPing while I worked on my real job, but apparently I can't help myself. Ah shit, here we go again... 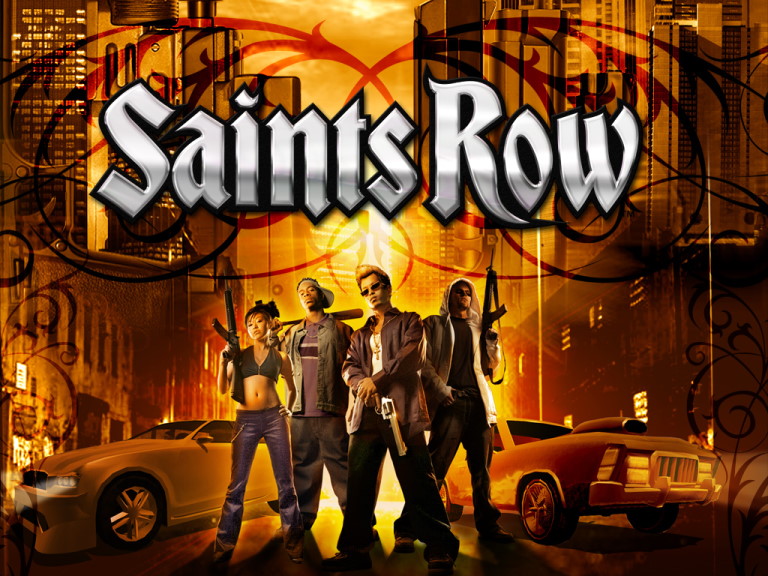 It may be difficult to believe when you consider what happened with the later sequels, but Volition's Saints Row, released in 2006 exclusively on the Xbox 360, is really quite a basic Grand Theft Auto clone - basically an HD version of GTA III with some next-gen bells and whistles. Hell, the first time I saw it in a TV commercial, I thought "wow, this even runs just as well as GTA on PS2!" Some signs of Saints Row's trademark humor and charm can already be found in the first game, but this is definitely a bit more generic and has fairly strong "white nerds trying to act gangsta" energy at times.

However, while not exactly the most original product on the planet, Volition's open world crime fest centered around color-coded street gangs featured many quality of life improvements that made it quite hard to go back to PS2 GTA games at the time. GTA IV hadn't even been revealed yet, so this was basically our first taste of what a GTA game might feel like on the then-new Xbox 360. In hindsight, the game was very rough from a technical standpoint as it struggled to hit 20 fps half the time and suffered from massive screen tearing all the time... unless you turned v-sync on in the options, in which case the frame rate dropped even further. I planned an LP of this all the way back in 2016, but the awful performance literally made me feel nauseous so that didn't work out.

Now, five years later, it's time to actually head back to the lovely city of Stilwater. Thanks to Microsoft's backwards compatibility program on their more recent Xboxes, the performance issues are completely gone and it's actually possible to play Saints Row (I'm using the Series X, but it runs just as well on the One X and just loads a bit slower) without hurling. So, let's jump into the shoes of some random jackass who ends up in the Third Street Saints street gang by happenstance, and watch him rise through the ranks to become the sociopath puckish rogue we all know and love as The Boss!

The LP itself is divided into sections based on the opposing gangs - Los Carnales, the Westside Rollerz, and the Vice Kings, in that order. The Carnales are a bunch of Latino stereotypes who control the drug trade in Stilwater, the Rollerz are Fast & Furious rejects who love illegal street racing and chop shops and that sort of thing, and the Vice Kings are in charge of all the "legitimate" business in downtown Stilwater. Saints Row lets you tackle all gangs at once, but focusing on one gang at a time is generally considered a better idea and definitely works better for organizing the LP, so that's what I'm doing.

Before we begin each gang's actual mission chain, we complete their associated side activities (barring some that are more appropriate to do at other times, such as street races being part of the Rollerz activities in the LP despite the two other gangs technically having their own sets of races). Activities are the primary way to earn Respect, which is basically used as a currency - one bar of Respect is consumed every time you start a new mission or gang stronghold - but also offer various other rewards and have their own cutscenes, so those are shown off as well. So, unless some of the activities get impossibly hard (some of them are definitely damn close), this is a 100% run.

I am once again joined by my buddy ChaosArgate, who is very familiar with the Saints Row series in general but not so much with the first game. Sadly, there is no co-op in Saints Row 1, so this is just going to follow the same tried and true format from our GTA LPs. As for the schedule - like I said at the top of the post, I'm fairly busy with work at the moment, but I'll try to update at least once a week. 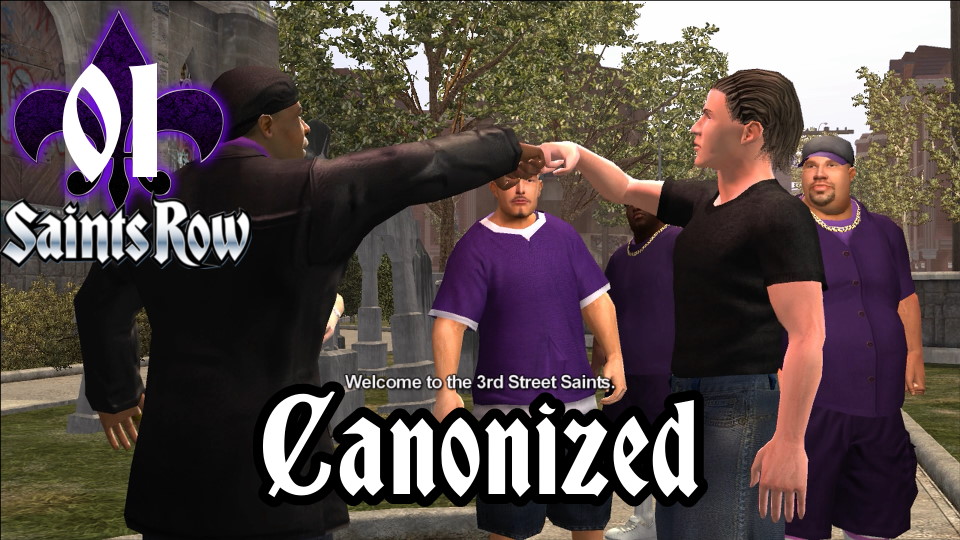 It's our time now. Let's get this shit started.

On a technical note, playing on the Xbox Series X doesn't actually boost the resolution or anything like that because there's no bespoke X update for this game. It does, however, run at a perfectly locked 30 fps (hard-coded, sadly, so you can't get up to 60 by turning off vsync like you can in The Third), all tearing is gone, and the load times are generally almost instant.
Top 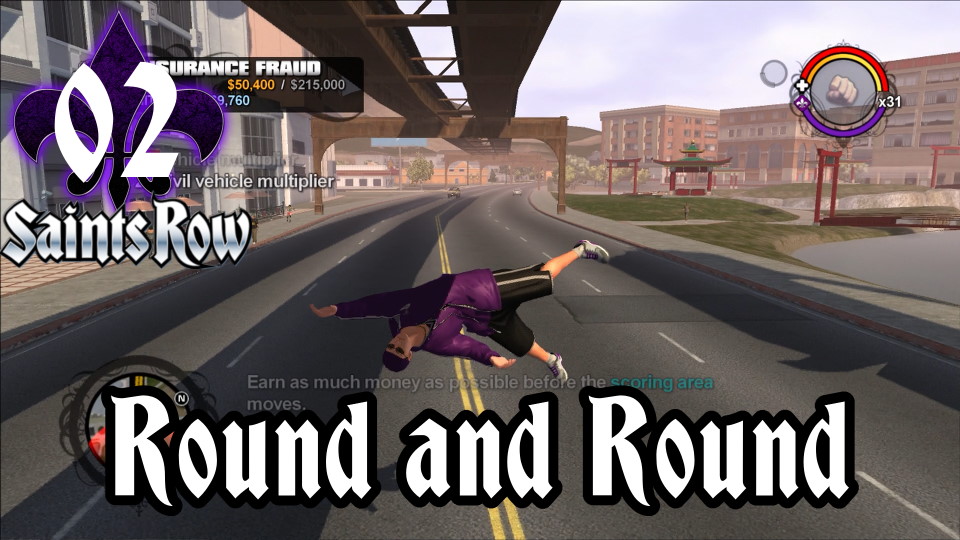 Episode 2: Round and Round (Prep Work/Los Carnales Activities 1)

Before we embark on the story missions, we need to build up some respect and make ourselves stronger. As such, we'll tackle the Insurance Fraud activity in all three gang territories while also spraying over all of their gang tags and starting a few activities in Los Carnales' territory. Because this is Saints Row 1, some of these activities are *very* hard.
Top 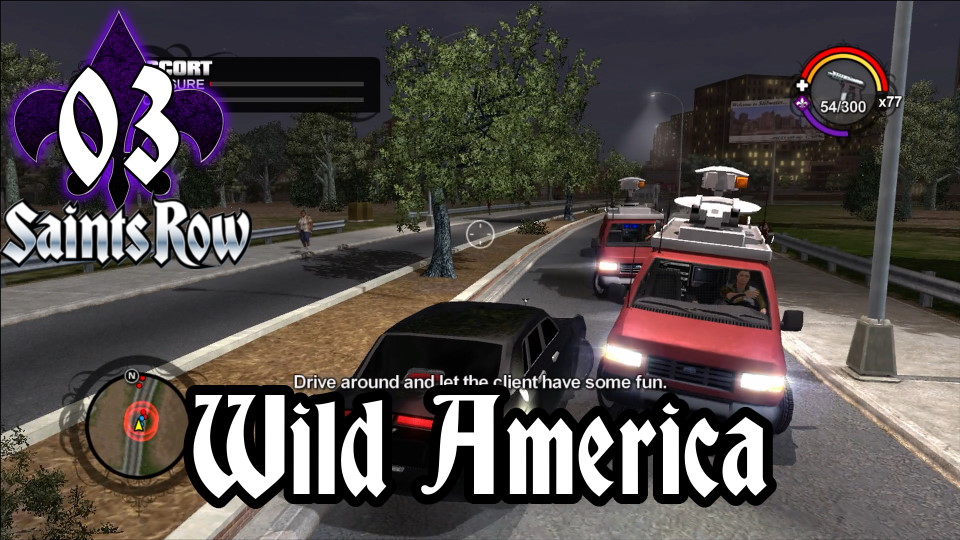 We finish up the rest of Hitman, as much Chop Shop as we can at this point, and the remaining Los Carnales activities including the perennial "fan favorite," Escort. Next time, we start the Carnales mission chain.
Top 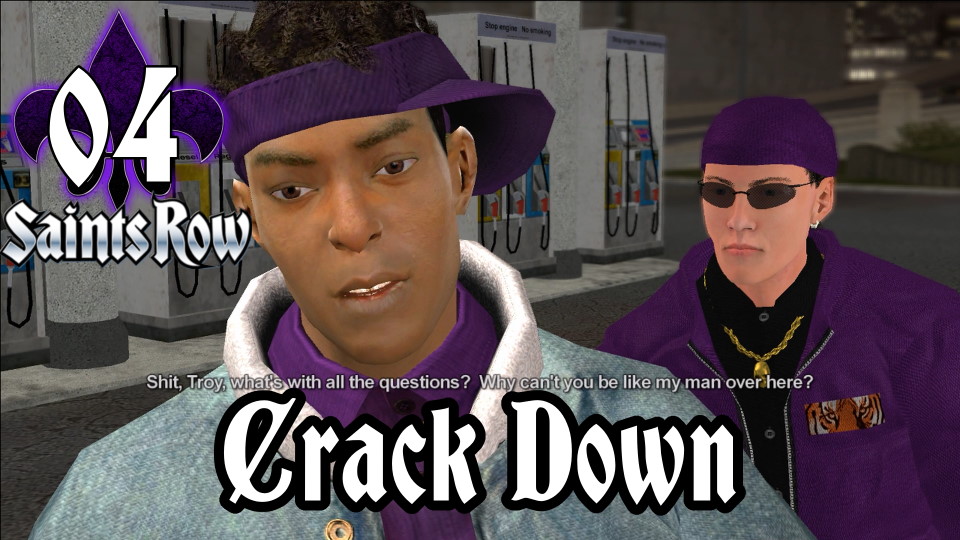 We shut down a couple of the Carnales' labs and steal their truck, which doesn't make the Lopez brothers very happy at all.
Top 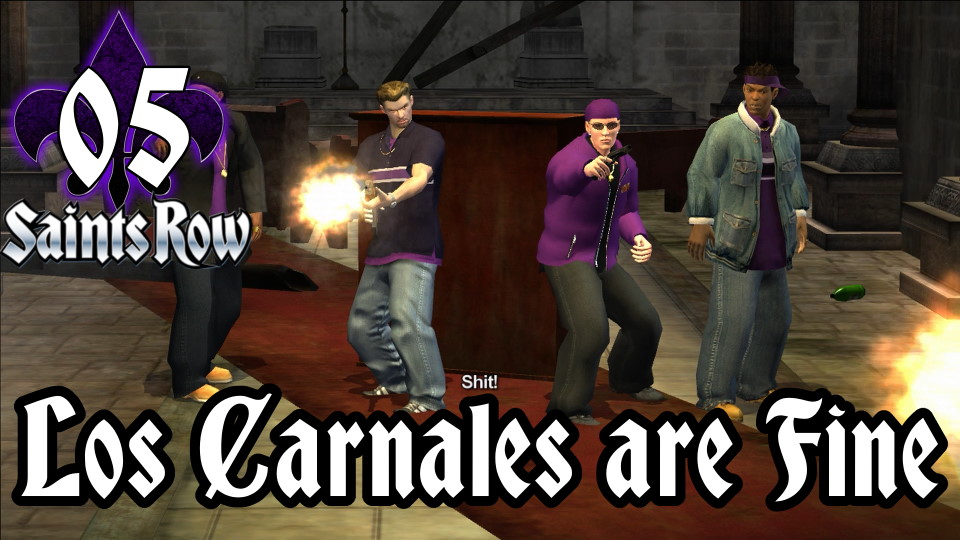 Absolutely no problems in the Carnales camp. Not in the slightest.
Top 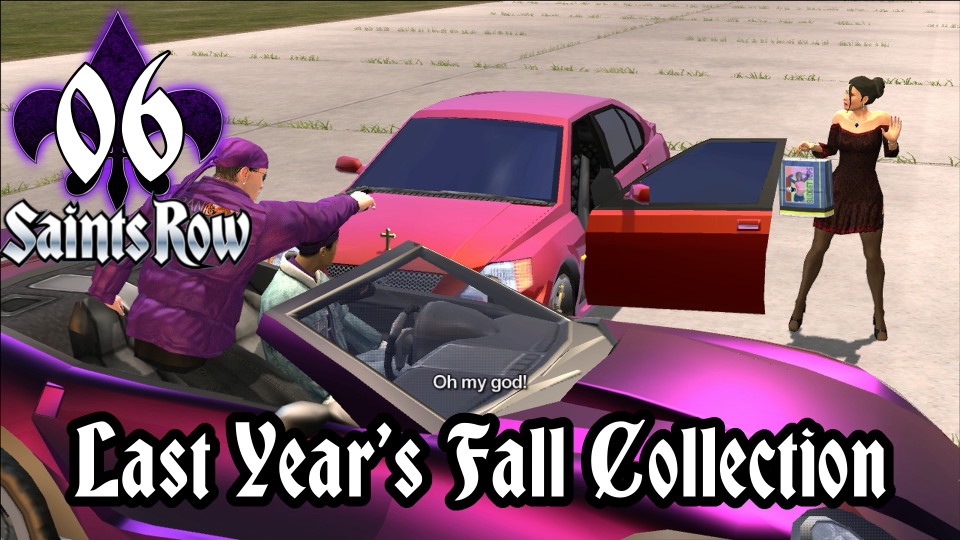 Today, we finish up the Carnales missions and deal with Angelo once and for all (after some severe cutscene idiocy - I mention GTA IV, but that one scene is *so* stupid it honestly wouldn't look out of place in Mass Effect 3). The episode title will at least make sense in context.

The main gang storylines really aren't very long at all, so all three of them will fit nicely into about three episodes each. I'm going to assume that is why Volition decided to force you into the side activities to earn respect, because the game would be only about six hours long if you could just mainline the story missions and complete all of them without retrying a bunch.
Top 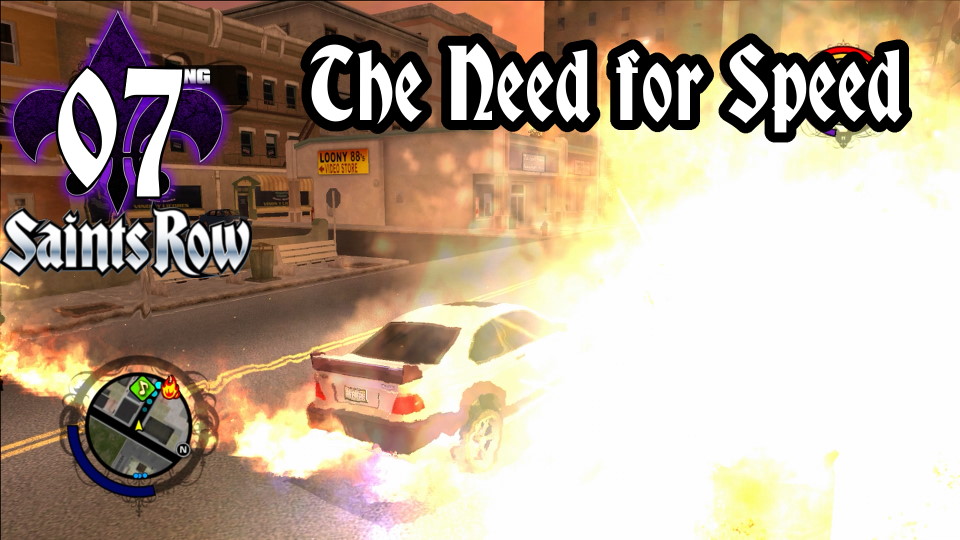 We're about to move on to the Westside Rollerz, and since those guys are a bunch of Fast & Furious rejects it's probably a good idea for us to hit the street racing scene in Stilwater to hone our skills.

For some reason, YouTube is claiming it's still processing the video even though the 1440p version is already done. 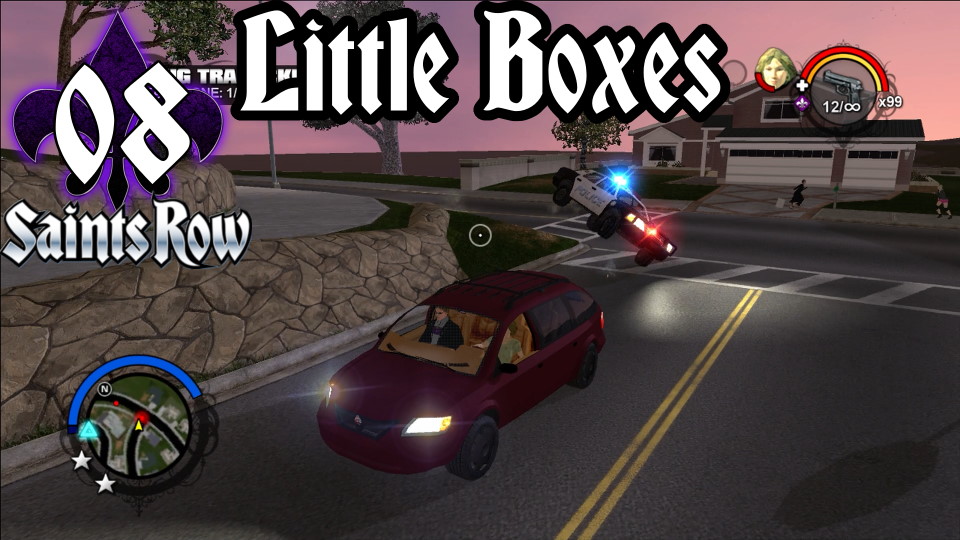 With the street races done, it's time to move on to the rest of the Westside Rollerz activities and get immensely frustrated along the way. The Suburbs instance of Trafficking is the worst and I hate it.
Top 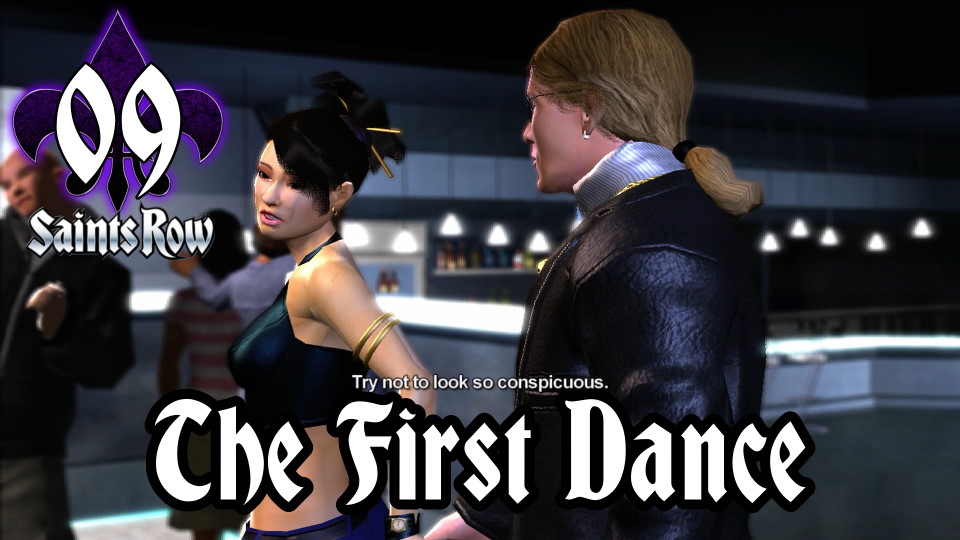 It's time to get properly fast and/or furious as we begin our efforts to take down the Westside Rollerz with the help of Lin, who is trying to infiltrate the Rollerz to discover their evil plans. At this point, they just seem to be racing and stealing some cars, but maybe there's more to it.
Top 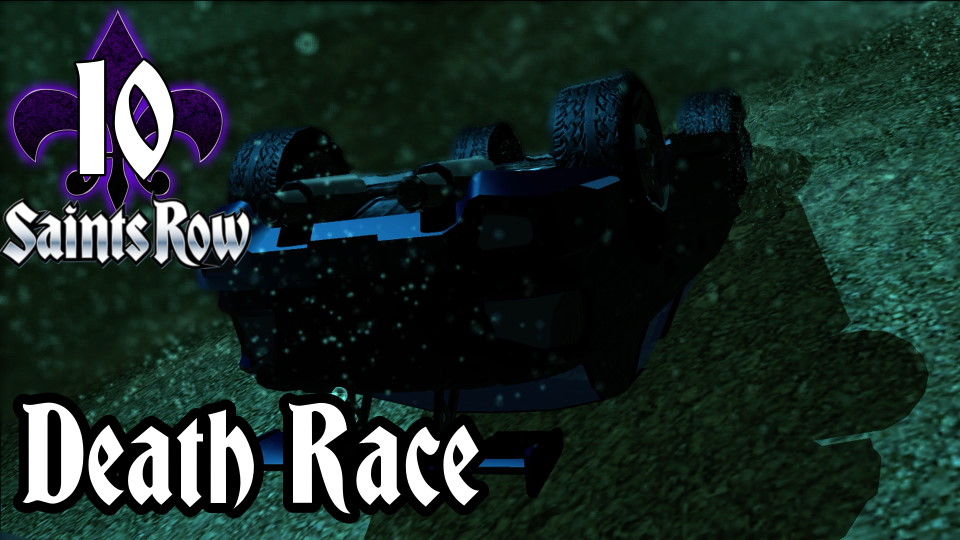 We meet the gentlemen running the Rollerz operation, and things take a bit of a turn for the Playa and Lin.
Top 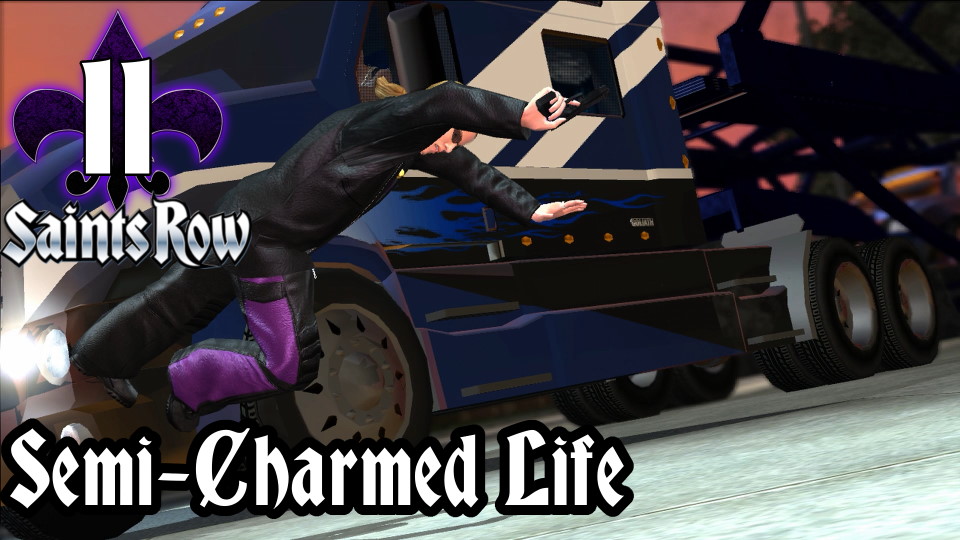 With Mr. Sharp out of the picture, Price assumes full command of the Rollerz and sets out to destroy the Saints, the Playa specifically. Of course, we're not having any of that and we certainly don't appreciate someone trying to run us over in a semi truck.
Top 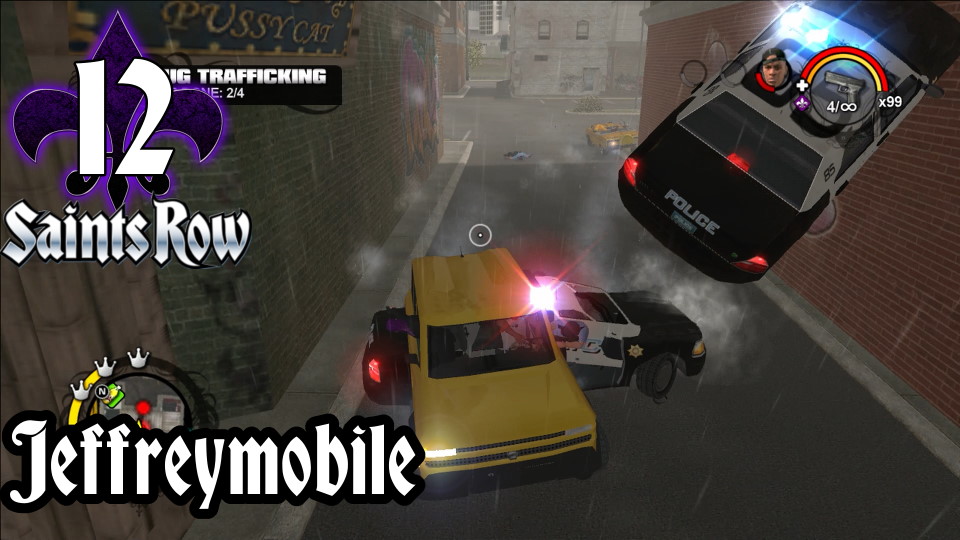 I'm gonna go out on a limb and suggest that Saints Row 1 might be a slightly buggy game. Someone should write a musical or something about it. 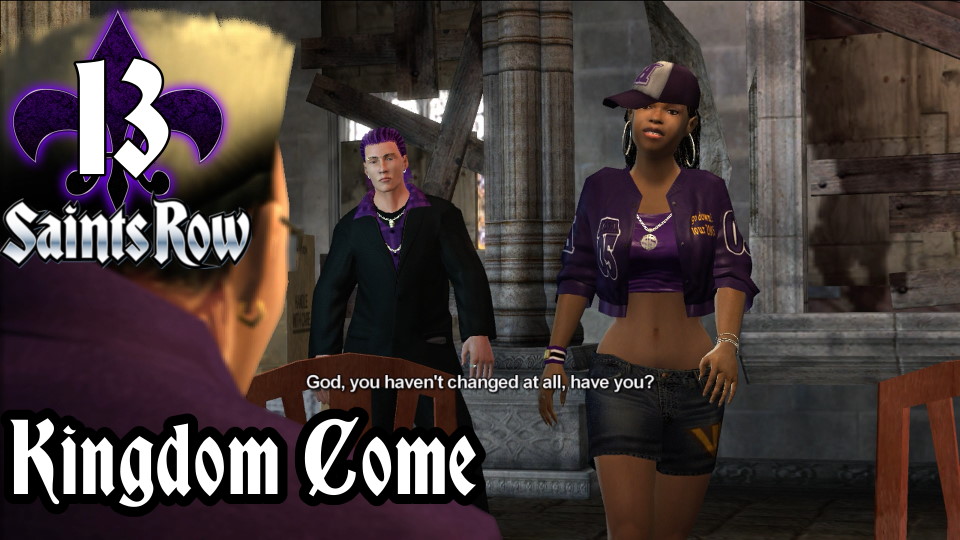 Hey, we finally got to the Johnny Gat factory! It's time to tackle the Vice Kings in what is quite easily the best of the gang mission chains in the original Saints Row - not that the bar is set especially high.
Top
Post Reply
15 posts • Page 1 of 1