What the heck is Blades In The Dark?

Okay, who here, on this forum where games are often discussed, remember Thief, or Dishonoured? Who, on the literary end, remembers things like Fafhrd and the Gray Mouser? Those are a nice, referential way of getting across the general idea, although others the rulebook gives are... Less useful, like Heat or Gangs of New York. Bloodborne's a good one, though, tonally.

Anyway, Blades in the Dark is about being a band of scoundrels, murderers, and ne'er do wells, trying to survive in a grim city that's self contained due to circumstance... Namely, that spectral energy ruined the world outside, created things like giant demon fish and ghosts (lots and lots of ghosts), and... A new energy source, creating the new art and science of sparkcraft. The sun is blotted out forevermore, the city barely holds together, and nearly everyone's either corrupt or frightened.

Maybe you won't be. But you will have to be sneaky, brutal, deceptive, or some combination of the above to survive in the city of Doskvol.

Yes, which is why potential players having redlines (Things they definitely don't want in the game) is a good idea. Suggesting things they do want to see is a good idea, but setting down what would be Too Far is the obviously important one. After all, we're here to have a good time. Also, fade to black is always going to be in effect in case of romantic entanglements (I'm not expecting them, especially considering this is a game that highly emphasises throwing you right into The Score, but if they happen... Fade to black.

Well, okay, what do I need to play?

Well, first up, the Player's Kit is a pretty good idea, which lets you know the important bits of rolling, creating a character, etcetera, are. I'm going to put up a poll for the kind of organisation we'd be running with, and I'll explain them below:

Assassins - Well, the clue's in the name, really. You kill for money. They're often rich, although not always, and they're not always the deserving. But a job's a job.
Bravos - Thugs, extortionists, and thieves of the "Bash your way in and out" type. A benefit in the gang warfare that's a fact of life, but a nasty, brutish, and short life it is.
Cultists - There are deities, mostly dark ones, that desire worship. You have found one. And it wants you to spread the word.
Hawkers - Not available, because "drugs" are, I'm going to assume, a redline, and that's exactly what they deal with.
Radicals - The city needs change. And change is often violent. Not always, but in a city as stagnant as this? It's almost inevitable.
Shadows - Sneakthieves, catburglars, and pickpockets, they do their best to leave as quietly as they came. But sometimes that's not possible.
Smugglers - There are other cities, with their own protective fields. So long as you can get something out of the city, or into the hands of the right people, the rest is taken care of.

As to the members? They can be anyone. Obviously, certain types fit certain groups well, but there's no wrong choice, as everyone brings something to the crooked table. So, classes!

Cutters - They hit things, and they hit them hard. Your general "Melee fighty bruisy" type people.
Hounds - Partly called this because of their canine friends, partly because they are hunters, Hounds are what you go for if you like more tactical engagement and sharpshooting.
Leech - The alchemists, the healers, the spark crafters, Leeches are the makers of things, and also, the ones who know how best to unmake things.
Lurk - Stealthy and athletic, Lurks make excellent catburglars, slipping past security as if it wasn't there.
Slide - Conmen, brokers, and those who make their way with misdirection of a more conversational nature, Slides can also know, instinctively, when someone's lying to them. Healthy, in a business with a lack of trust.
Spider - The master planners, the ones who have contingencies within contingencies. The co-ordinators of dastardly deeds, confident in going in with the team, because their plan accounts for things.
Whisper - Whispers know ghosts. They know the undead, and the dark, eldritch things of the world. And it's marked them, whether they wanted it or not. But at least they know how to use that for their own ends.

The dice roller we're going to use is a tried and trusted one, the Orokos Dice Roller. Here's an example of a linked roll (using the BBCode option, and adding quotes around it for clarity.)

I think 4 players should be optimal. Descriptions and broad character strokes preferable. You don't need the core book, but it's always nice!
Top 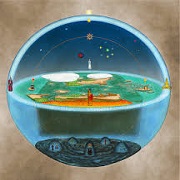 I was wondering, before I went along with posting my character submission, can we add radicals to the crew types available? Wanna steal my way to that sweet, sweet subverted city Councillor space.
Top

I see no problems with that, lemme see if I can edit the poll. I can definitely edit the post.

EDIT: I edited the poll, which did cause those previous votes to go away. So that's a note for me in the future.
Top 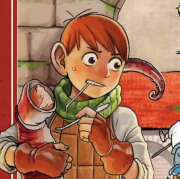 Regardless of the crew type we end up with, I'm oddly drawn to playing a cutter, one with command and leadership stuff, I think. Will need to work on concept..
Top 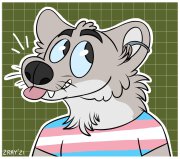 I'm definitely interested. Thinking either a Cutter or a Leech. I went for Smugglers in the poll, but Radicals would be neat too.
Top

As a bit of enticing backgroundery, here are Bluecoat sketches of just four of the potential faction leading type folks you may encounter during your stay in Doskvol. 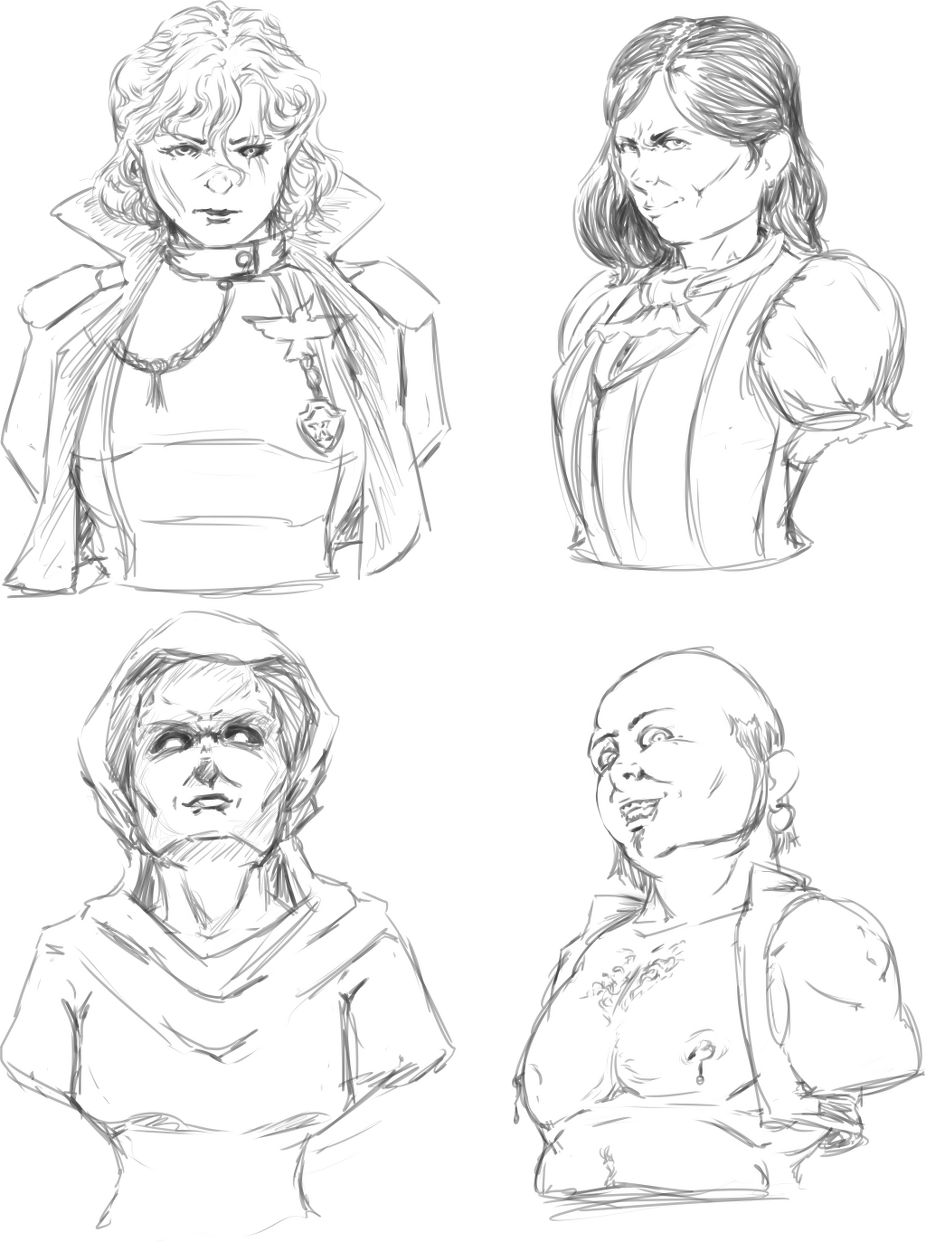 Show of interest, will see how I can fit this into my schedule.
Top

How active are you expecting players to be?
Top

I'm pretty laid back, because I know things can be hectic for folks, and we're in different timzeones, so, so long as you're not in active conversation with a character, or it's a tense part of things, I'm quite happy with a few hours between posts, although good turn taking in character is a must. Many actions can be group actions, and, obviously, I need to sleep, and so do you. So this isn't going to be a rollercoaster ride where it's easy to miss entire conversations or segments.

Basically, if you're in the middle of a conversation about actions, or an IC conversation, please try and stick through it, and let me or the players know in the OOC thread whether you need to be elsewhere, so things can be wrapped up neatly. Goals/actions are usually pretty simple to work out, and discussions of assists or group actions are usually fairly quick. We can also talk people's schedules, so as to help work out where people's optimal posting hours are. While I'm UTC, I often keep US/Canada hours (the company I've fallen into, oh woe, oh calamity!

) for example, so afternoon/evening to early morning UTC is usually my optimal time.
Top
Post Reply
10 posts • Page 1 of 1

Return to “The Dice House”